Stephen joined us back in November 2020, along with his wife and two lovely dogs Radley and Lottie. A burst water main near their home in Crawley caused them to move out whilst works were carried out to repair the property.

Please watch the video above to hear all about Stephen’s stay or read excerpts below.

You had a flood at home and when you discovered it what happened?

Well it was in the middle of October we just got back after being out for the day
with the family and Anne and I came back home and we found that being a burst water main up on the
main Horsham road just outside where we live, and the water was starting to seep through the
front door and the windows and there was about in the end four to five inches of water on the
ground floor. 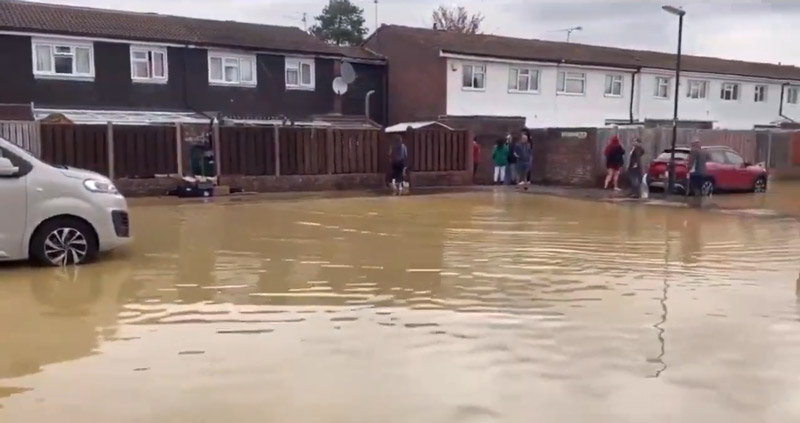 Right so you’ve got two dogs

We have indeed Bradley and Lottie.

And once you came to this horror what did you do?

Well what we did was we actually took the two dogs out to our kennels which we use when we go on holiday and places like that because we needed the dogs  away from it because they were paddling around in the water and everything else and getting quite anxious about the situation especially our
youngest dog Lottie because she was getting really upset about it and everything else so the dogs were taken to the kennels.

And then we stayed overnight in the house and then southern water got in contact with us with it that morning and offered us accommodation at the premier inn which we stayed in for 17 nights but during during that time we stayed there we were worried about the dogs and being in kennels for that length of time because i like when you go on holiday you know that you’re going to be away there for about 14 nights or something else but this was a very open-ended sort of situation so we didn’t know because we were very small steps because you’ve never been in this situation before so you start to um take take you know work working things out and once we got in touch with the insurance company and they gave us a loss adjuster then things started to move so once you should have got over the initial emergency you went to the premiere for 17 nights.

How did you cope without the dogs? Did you get to see them?

So you found a number of accommodations that was available did they all take dogs?

This one Carylls was the one that we thought would be the best for us because it was in Faygate which is between Crawley and Horsham and Faygate is about three miles away from where we live now in Crawley.

Within the space of time where you viewed Carylls how long did it take for you to move in?

In just a couple of days, because Anne was still working for the NHS on shifts. What we used to do was that we we stayed in the house for about four nights beginning in November we signed the agreement that we’ve come in and i would bring over the bits and pieces that we actually needed in the apartment like the dogs cages etc. So we we brought those in we brought a few of our own bits and pieces in like the coffee maker the um and a few other bits and pieces that we need and like like a bedding, we bought throws in and some of our own crockery and things like that to use and mugs.

Did you find that the large 5 acre gardens an added bonus with your dogs?

Yes I did because obviously you could either walk around the car park or on a very lovely day like this or when we had the snow you can walk round the grounds. 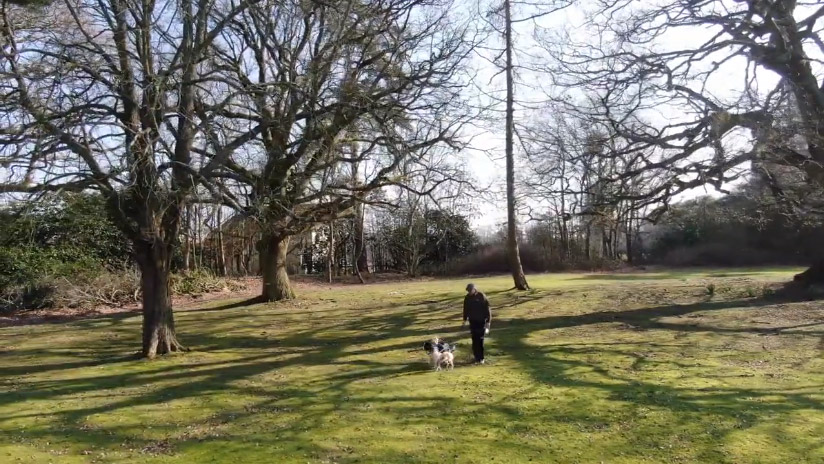 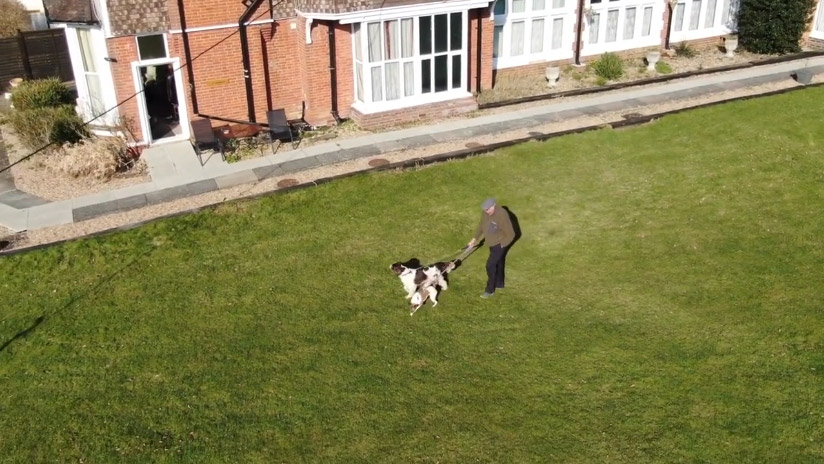 Did you find that the facility of no deposit, pay one week in advance and you move in and stay for as long as you need to in an open-ended agreement helpful?

Yes i did find it both of us found that helpful for the simple reason although our accommodation has been paid by the insurance company yeah I think it’s a good thing is that people can come to Carylls and they can pay their weeks accommodation they can move in when they can there’s no deposit to pay there’s no upfront charges or anything else like that except for the electricity which means that they can move in and they can go by week by week not having to worry.

“People at Carylls feel safe and secure, especially during the Covid pandemic at the moment. Carylls serves a purpose and it serves a wide variety of people”